So actually one of the first stage when you are thinking for visit another country is to know are you need a visa to enter the country or no need as laterly qatar announce that there are some country no need to have visa before go and enjoy your visit, so you can click Here to know if visa is required for you or No. 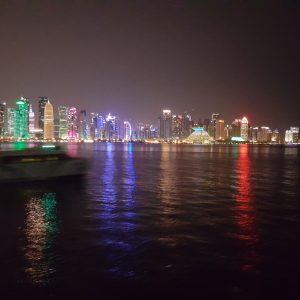 Discover upcoming public holiday dates for Qatar and start planning to make the most of your time off.

When is Eid al Adha?

Known as Eid al-Adha, Eid ul Adha, Id-ul-Azha, Id-ul-Zuha, Hari Raya Haji, Greater Eid or Bakr-id; the ‘Feast of Sacrifice‘ is the most important feast of the Muslim calendar.

Eid al-Adha falls on the 10th day of Dhu al-Hijjah, the twelfth and final month in the Islamic calendar.

As the exact day is based on lunar sightings, the date may vary between countries.

The same story appears in the Bible and is familiar to Jews and Christians. One key difference is that Muslims believe the son was Ishmael rather than Isaac as told in the Old Testament.

According to the Quran, Ibrahim was about to sacrifice his son when a voice from heaven stopped him and allowed him to make something else as a ‘great sacrifice’. In the Old Testament, it is a ram that is sacrificed instead of the son.

In Islam, Ishmael is regarded as a prophet and an ancestor of Muhammad.

During the feast of Eid Al Adha, Muslims re-enact Ibrahim’s obedience by sacrificing a cow or ram. The family will eat about a third of the meal a third goes to friends and relatives, and the remaining third is donated to the poor and needy.

The giving of charity in the form of money, food or clothes to the homeless or poor is another key tradition of Eid al Adha.

Eid al-Adha follows the other of the two most important Muslim holidays, Eid al Fitr, by 70 days, and lasts for four days straight, beginning on the 10th day of the final month of the Islamic calendar.

Observances include early morning prayers in the nearly 300 mosques and prayer areas throughout Qatar, wearing a newly bought change of clothes, attending special services at the mosques, going on Hajj pilgrimage to Mecca to fulfil Islamic law, and sacrificing animals such as cattle, goats, or sheep. The food from the sacrifices is consumed in large family feasts, and a third of it is usually donated to the poor.

Qatari government workers often get five days off around Eid al-Adha, and private-sector employees generally get three days off. Schools will be closed for most of the period. Most banks will be closed, but certain banks, typically in the shopping malls, will be open on certain days during the period, if with shortened hours.

Eid al Adha around the world

In Pakistan, the holiday is known as Eid ul-Azha and will be celebrated over several days.

The date of Eid ul-Azha is set by the Central Ruet-e-Hilal Committee who meet to decide the sighting of the Zul Hajjah moon.

In the Philippines, Eidul Adha has been a public holiday since 2002. Enshrined in law, Republic Act No. 9849 states that the tenth day of Dhu al-Hijjah or the twelfth month of the Islamic Calendar, is hereby declared as a national holiday for the observance of Eidul Adha. The date is set by a proclamation each year, usually issued a week or so before the date.

Under Saudi Arabian law, Public sector holidays for Eid Al Adha begin on the fifth day of Dhu al-Hijjah and end at the end of the fifteenth day of the same month. There may be some changes to the actual days depending how these dates fall on certain days of the week.

In Turkey, the feast is known as Kurban Bayramı and is the most important religious festival of the year and is a four day holiday.

In India, the festival is known as Bakrid, as ‘Goat’ is ‘Bakr’ in Urdu

Be the first to comment “Public Holidays in Qatar” Cancel reply